The Production of Public Understanding of Science (PoPUS) Project 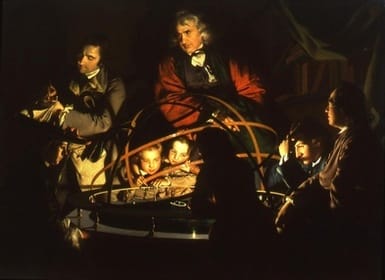 "A Philosopher Lecturing on the Orrery" by Joseph Wright
This project investigates the nature of public understanding of science with an eye to facilitating its production and maintenance in the face of misguided challenges. The theoretical portion of the project was kicked off in the Fall of 2014 thanks to generous funding from the Varieties of Understanding Project. The project continues with funding from the President's Office at Bucknell and the National Science Foundation.

The Nature of Natural Kinds

Much of my ongoing research in the philosophy of biology involves the classificatory practices of biologists (evolutionary biologists, biochemists, medical researchers, &c.). My book on species (Are Species Real?) was published in November of 2013 addressed only one arena (albeit a very interesting and much discussed arena) in which biological classification and metaphysics converge. That book was actually a spin-off from research kicked off in my NSF-sponsored leave (what a great year that was!). But now that this is out of the way, I have been putting my account of "Natural Kindness" [BJPS 2015] to work in a variety of domains. So far, I have papers on biological macromolecules and cellular kinds published and a paper on ecosystemic kinds is forthcoming; I'm presently working on disease types, tissue/organ types, and racial kinds which will come together as a book (tentatively) entitled The Nature of Biological Kinds (Oxford University Press, hopefully 2018). 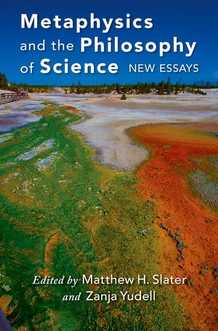 An obvious undercurrent in the above research projects is the extent to which issues in the philosophy of science are metaphysical issues. What (if anything) can we discover with a priori metaphysical theorizing? Can and should metaphysics be "naturalized" via some manner of integration with (or constraint from) the natural sciences? This has been an area of much heated discussion.

A few years ago, I co-organized a conference on the Metaphysics and the Philosophy of Science with Chris Haufe and Zanja Yudell at the Institute for the History and Philosophy of Science and Technology, University of Toronto with lots of important thinkers in this area in attendance. Some of the presentations and papers from the conference, along with several additions — including my own reflections on the possibility of naturalized metaphysics in the context of the debate about the metaphysics of species — are were published by Oxford University Press in 2017.

Constructed Wildlife, Napo Wildlife Preserve (Ecuador)
© Matthew H. Slater, 2013
Biodiversity is much discussed in the context of environmental conservation. But what is it? Is it an objective feature of the world or a human construction? Do all stakeholders conceptualize 'biodiversity' in the same way? Do they see it playing the same roles? This project aims to understand the potential disciplinary diversity in our conceptions of biodiversity by directly surveying these stakeholders.